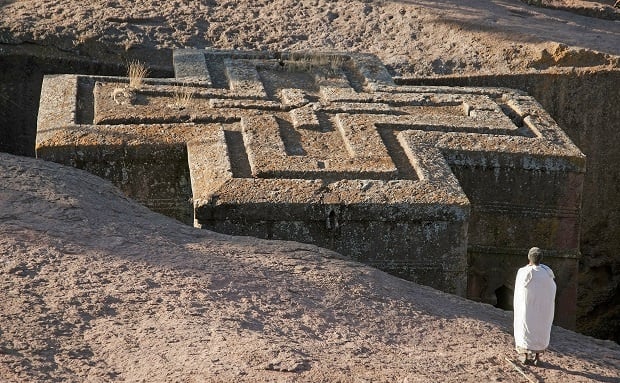 Once upon a time in a country far, far away, there lived a beautiful queen.  She reigned over a kingdom that was prosperous and covered an area that forms part of modern day northern Ethiopia.  She was known as the Queen of Sheba. Her subjects were renowned for their distinct craftsmanship and skills.  Evidence of this fine workmanship can still be seen today … the Stelae of Axum … monolithic madness!  The obelisks were carved out of one piece of rock and stands 82 feet tall.

The Queen of Sheba thought her Axumite Kingdom was rich and powerful.  However, one day a merchant called Tamrin told her about the wisdom of King Solomon of Israel.  He also described the beautiful great Temple that Solomon built in Jerusalem.

Queen Sheba decided to visit King Solomon and arrived with an abundance of gifts.  Her purpose was to try and corner him with difficult questions all of which Solomon answered to her satisfaction.  She stayed a while before returning to her kingdom.  Upon her return she discovered that she was pregnant with Solomon’s child.  A handsome boy was born and she named him Menelik.

When Menelik grew up he wanted to know who his father was and was told that it was King Solomon.  Menelik wanted to meet his father and went to Jerusalem for a visit.  Upon his return he was accompanied by extra servants and people, of which one was a priest.  The priest stole the Ark of the Covenant and only told Menelik about this once they left Israel.  King Solomon also found out that the Ark was stolen, he chased after Menelik, but could not overtake him.  Menelik kept the Ark of the Covenant in a special place.  Legend has it that the Ark is still in Axum today and kept in the Saint Mary of Zion church.  Only the High Priest of Axum, an elderly holy monk can see and take care of it.  He cannot leave the small yard that surrounds the chapel, and he is expected to name his successor on his deathbed.

Axum has many archaeological remains of which some are the palace of the Queen of Sheba, her bath and the magnificent Stelae.

In the 12th century another Ethiopian prince was born.  He was named Lalibela.  As he was born amidst a swarm of bees, but not stung by one, it was seen as a sign that he will one day become King.  As a boy he visited the Holy Land and followed the footsteps of Jesus.  His elder brother was jealous of him forging a plot with a servant to poison Lalibela.  The poison was weak and did not kill him, instead he fell into a deep sleep while his spirit was whisked to heaven.

In heaven Lalibela heard God’s voice who instructed him to build a New Jerusalem.  He told Lalibela how to carve the churches out of solid rock.  After 3-days Lalibela woke up and told his family of his godly mission to build churches.

Lalibela send for the best stone masons.  He forbid them to use any wood, mortar, bricks or dressed stone.  He informed them that each church should be sculpted from a solid rock. The workers thought he was crazy.  This could not be done … impossible!

The masons wanted to please their king and started to work.  They started to cut rectangular trenches into the red volcanic hills to get a sold piece of free standing rock.  Then they started to chisel out the exterior of the church.  The outside was shaped from the top down and then the inside was carved out … the rock was in actual fact hollowed out with precision.  It was a tiring process and while the workers were sleeping at night the angles continued their work.

In 12-years Lalibela never slept.  He wanted to oversee everything to ensure all was done with perfection.  When he finally fell asleep he had a dream.  He saw Saint George, who asked him why there was no house built for him.  Lalibela promised St George he would built the most beautiful church for him.  The cross-shaped church of St George is for many the most gorgeous of the 11 churches in Lalibela.

The 11 rock hewn churches chiselled from red volcanic rock can still be seen in a small town, Lalibela, high in the mountains of Ethiopia.  They represent the New Jerusalem as they are divided in a northern and southern group by a rock channel (river) called the River Jordan.  The churches are connected by narrow passages and tunnels taking you on a journey from one beautiful church to the next.

These churches are there for you to visit and admire.  What are you waiting for ?