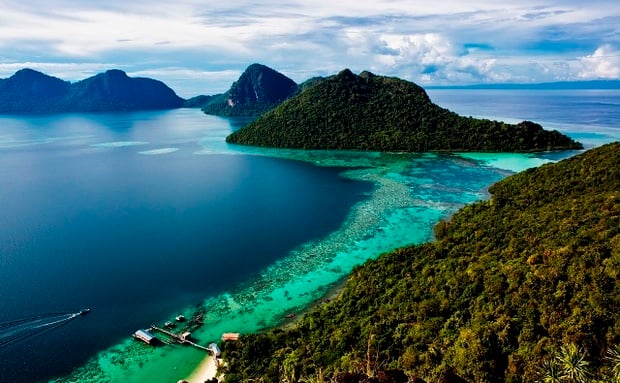 Borneo conjures images of exotic experiences in the mind of the traveler.  Rainforests, orangutans … the Men of the Jungle, adventure and off-the-beaten-track treks.  For the discerning traveler who has a passion for travel and is looking for something out of the ordinary, your expectations will be fulfilled.  Be swamped by the jungle beauty, different cultural influences and tropical adventures.

Borneo is on many a travelers bucket list, here are 9 fascinating facts why:

1. Borneo isn’t a country. It is in fact an island that is administered by 3 different countries – Brunei, Malaysia and Indonesia.

2. Borneo is the world’s third largest island, behind Greenland and New Guinea. Borneo is twice the size of Germany.

4. The rainforest in Borneo is one of the oldest in the world and is estimated to be about 130 million years old. It is inhabited by many endangered species such as the Sumatran rhinoceros, the Asian elephant and the Borneon clouded leopard

5. Orangutans can only be found in the rainforests of Borneo and Sumatra.

6. Half of the world’s timber comes from Borneo. Forty years ago 73.7% of the country was covered by rainforest, tragically today only 50.5% is covered.

8. Borneo is one of the most biodiverse places on the planet, being home to an estimated 15,000 different plant species.

9. Borneo is home to the Rafflesia Arnoldii flower; the largest flower in the world. The flower is also known as the corpse flower as it is said to smell like rotting corpes.